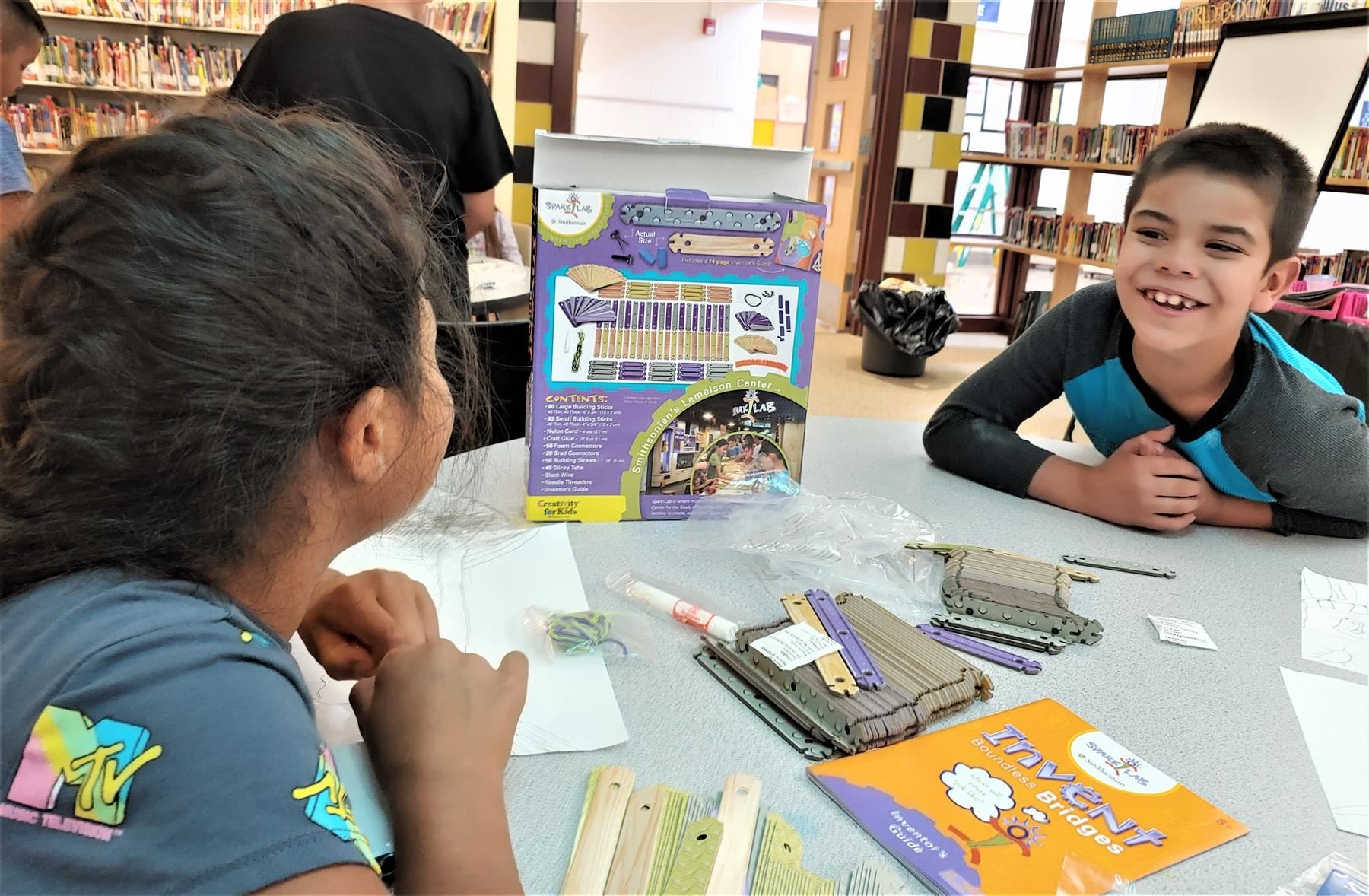 Whether observing caterpillars morph into butterflies and then visiting the Cheyenne Mountain Zoo, or learning the basics of bridge building before walking across the highest suspension structure in the world, scholars enjoying Summer Enrichment at Eva Baca Elementary are complementing project-based learning with eye-opening field excursions.

For the past 5 years, Baca educator Abel Montelongo has coordinated the voluntary summer offering at Eva Baca. “Mr. M,” as the Roadrunners refer to him, set up the program to resemble a “summer camp” that offers scholars visits to attractions and exhibits that correspond to the hands-on instruction he offers in the classroom.

For example, later this month, the Roadrunners will visit the Space Foundation Headquarters and Discovery Center in Colorado Springs after learning the basics of rocketry, with air- and water-powered models serving as the classroom learning tools.

“I want my students to have the opportunity to visit places they might have never been to, and get those experiences and that enrichment,” Mr. M explained. “Yes, they’re going to learn and yes, they are going to do some work, but it’s all centered around things they don’t have an opportunity to do during the school year or with their family.”

Prior to a visit to the Royal Gorge Dinosaur Experience in Canon City, the Roadrunners spent the week learning about the long-extinct creatures, with the instruction enhanced through the use of “Dino Eggs” containing small plastic figurines of Tyrannosaurus and pterodactyl, as examples.

With this knowledge of dinosaurs – including their size, eating habits and tragic fate – in pocket, the Roadrunners found the visit to the Dinosaur Experience that much more interesting and engaging: which is the exact mission of the District’s Summer Enrichment program.

“Most of what the kids are learning about, like dinosaurs and space rocketry, is not covered in the standards anymore,” Mr. M said. “So the students get to experience all the things we don’t have the time to touch on in the classroom.”

This week, the Roadrunners employed model-bridge building kits to learn not only the components of a bridge but the most sturdy construction method.

“The one thing that we want to do today is find out who can make the strongest bridge,” Mr. M announced. “Whose bridge can hold up the most? And those people who do will get the prize at the end of class.”

Bridge building, as the Roadrunners discovered, is far from child’s play. It requires engineering, creative and divergent thinking, and reasoning skills, among other talents.

“They read a lot of research articles on bridges and the different styles: and why there are different types of bridges,” Mr. M explained.

The following day, the scholars ventured west to Canon City for a visit to the Royal Gorge Bridge and Park for an afternoon of exploration and knowledge collecting.

For most of the youngsters, seeing the breath-taking Gorge and walking across its vast bridge was a first.

“We were super impressed with how the students were able to use their academic vocabulary about the steel beams and cables, and identifying it as a suspension bridge before they even saw the informational video about its construction and history,” said Tamara Pixlar, a Baca educator who served as a chaperone for the visit.

“They were also comparing it to the Golden Gate Bridge because it also has two towers.”

No journey to the Royal Gorge would be complete without a gondola trek across its cavernous expanse, and the Roadrunners – even those who initially expressed apprehension about heights – reveled in the experience.

“They enjoyed seeing how far it is to the bottom of the Gorge from the gondola,” Ms. Pixlar added. “And they had a real blast walking across the bridge itself and actually experiencing how high and long it is.”

As part of the in-field instruction, the Roadrunners even learned the difference between a gorge and a canyon.

Although a portion of their summer break is being “given up” in the name of additional classroom and in-field instruction, those taking part in Eva Baca’s program are not shy about using the word “fun” when describing it.

“I like the field trips and learning about new things,” said Joziah, a fourth grader. “I’ve never done Summer Enrichment before but I know it will make me better prepared once school starts.”

Jesus, a second grader, said Mr. M is a consummate educator with a heart for children.

“He teaches us a lot of stuff and takes us on field trips,” Jesus said. “For me, this is a good way to spend summer break.”

“We learn a lot of new things,” added fifth-grader Cesar. “We’ve learned about dinosaurs and bridges, and we’re going to learn about rockets, which I’m excited about.”

As a capper to the Summer Enrichment program, the Roadrunners are planning to experience the Colorado State University Pueblo Challenge Course: a visit designed to foster a sense of unity and bonding through meaningful, and physically demanding, challenges.

For this grand finale, Mr. M is searching for a “food sponsor” to provide lunch for his Roadrunners once the course is completed. 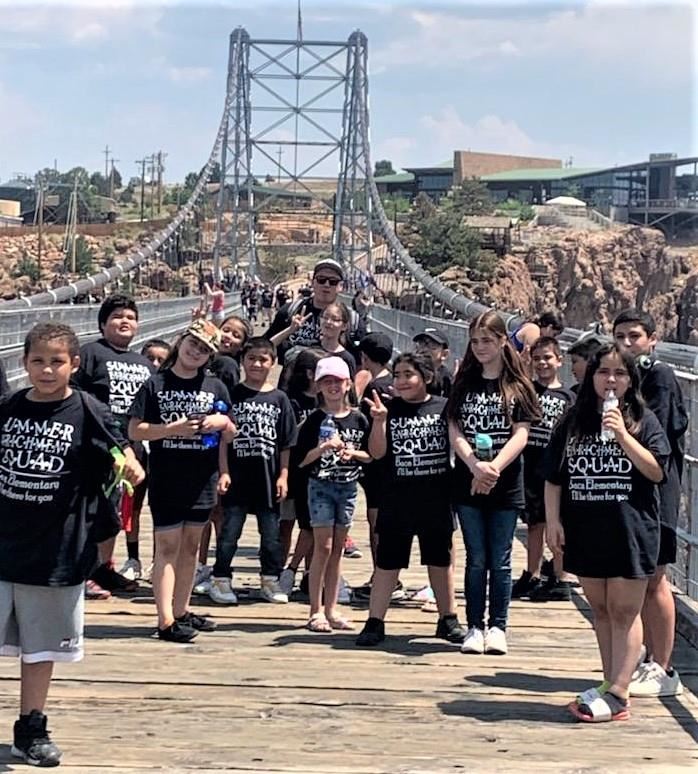