He is the founder of Protect Pueblo, a swimmer and dancer, valued employee of the Pizza Ranch, and a member of Student Council, National Honor Society, Environmental Club and Spanish Club. 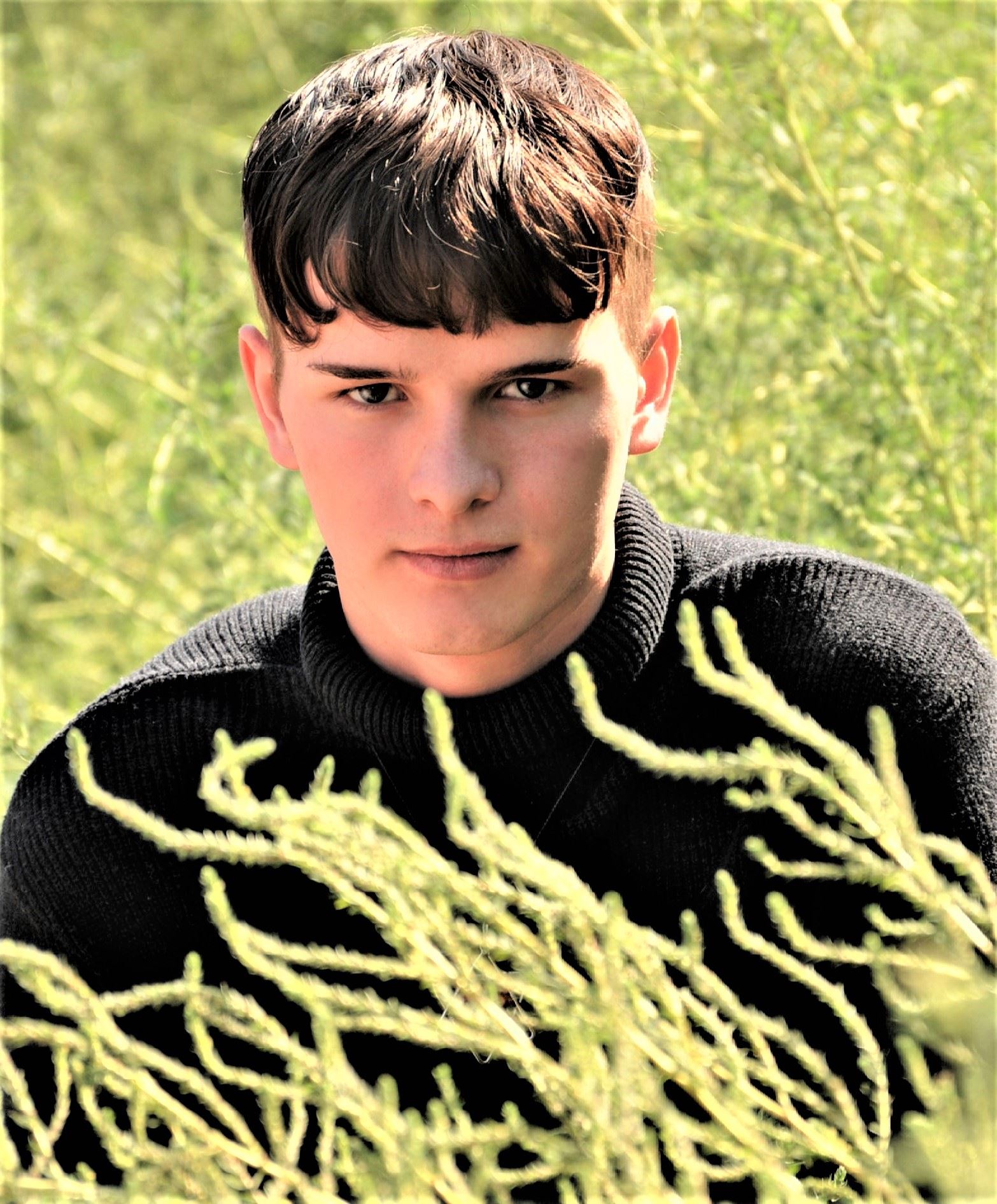 The Colt senior, who plans to attend the University of Denver in the fall, will do so on a full-ride, four-year Boettcher Scholarship, one of the most competitive and coveted endowments in the state.

Each year, about 1,500 Colorado high-ranking seniors apply for the scholarship, which covers virtually all collegiate expenses: tuition, fees, a book allowance, and an annual stipend for living expenses.

“Boettcher Scholars are selected for their academic achievement, outstanding character, and service and leadership in their schools and communities,” said Katie Kramer, President and CEO of the Boettcher Foundation. “The Boettcher Scholarship is an investment in our state’s doers and difference makers.

“It not only recognizes their past achievements but also their future impact on the State of Colorado.”

One of 100 Boettcher finalists, William was notified by letter of the monumental development.

“Ironically, I wasn't the first person to open my acceptance letter from the Boettcher Foundation,” William said. “The letter came when I was at work and my mom got to it first. Its label said it was from ‘Denver,’ so she assumed it was something from DU or another college. She opened the package and saw that it was from the foundation.

“She tried to call me multiple times, but I don’t keep my phone on me at work, so she and my dad drove to Pizza Ranch and handed me the envelope with the acceptance letter. I was incredibly shocked because I was under the impression that I wouldn't hear back until mid-April, and it took me a few minutes to realize what it meant.”

There, in the Pizza Ranch, William felt years of stress immediately melt away.

“Reading the congratulatory letter lifted so much weight off of my chest and left me feeling elated and incredibly grateful,” he said. “I couldn't believe that I had been chosen to join the Boettcher community and I still can't entirely believe that it's true. It really feels like a dream come true, because I have been working towards this award for years and now my hard work has finally paid off.”

Earlier this month, William was interviewed by representatives of the Boettcher Foundation: his final step in the application process.

“The Boettcher interview was the friendliest and most open interview I think I have ever gone to,” he explained. “The committee was incredibly kind and were interested in the things that make me unique. They asked me general questions about my plans for college, but the thing that stood out was how the majority of their questions were tailored to me individually.

“They wanted to know why Governor Polis was a role model of mine and what I would say to him if I could. They asked me about being a male dancer and if I believed that was important to students who want to play sports that don't fit traditional gender roles. Further, they also asked me a couple questions about my work for the Major League Anti-Bully Program Shred Hate and about my community outreach program Protect Pueblo.

“Each question had no wrong answer because it was about me and my character. I remember laughing and joking around with the committee and then a sentence later tearing up as I talked about my past. The interview was a one-of-a-kind experience for sure.”

As the driving force behind Protect Pueblo – a student-led social media campaign designed to increase awareness of the pandemic and highlight the ways people can keep themselves safe during it – William established himself as a young man with a life-saving mission.

He was active in a number of other District 60-related capacities, including service on committees examining the budget, the building of new schools through a bond, and a committee to reopen schools following the pandemic.

Outside of the district, William worked with representatives from Major League Baseball and the X-Games in the development of the aforementioned anti-bully program in use across the country. He remains active in that endeavor.

“Will really stood out with his commitment both in and out of the classroom,” said Tiffany Anderson, the Boettcher Foundation’s Director of Programs. “We’re proud to have Will representing the Boettcher community and we look forward to seeing how his future leadership positively impacts Colorado.”

At the University of Denver, William plans to pursue an International Studies degree with a concentration in social justice and sustainability.

“I have always wanted to go into a field of public service, and with my acceptance to the University of Denver, I will have the means to make a difference in my home state,” he said. “With my degree, I hope to go into politics and eventually represent the 3rd Congressional District, of which Pueblo is a part, in the U.S. House of Representatives. This would allow me to help grow our economy, protect our environment, and further important social justice issues.”

William credits his educators with playing a major role in his receipt of the scholarship.

“In my opinion, my teachers are the reason I won the scholarship,” he said. “My AP Literature teacher, Mr. Filpi, and my sophomore year honors English teacher, Ms. Genova, helped set up a mock interview where they asked me questions and gave feedback about my responses. They told me what I should expect to be asked and how I can come across as humble yet deserving of the award.

“Without their support and assistance, I don't think I would have done as well in the interview as I did. They gave me the tools to excel in the last stage of the elimination process and I cannot thank them enough. In general, every teacher at South can be credited with helping me win the Boettcher Scholarship. I have been taught the values of hard work, honesty, integrity, and compassion in every class, and I truly believe that the quality of instruction at South cannot be beat.”

William joins a number of D60 scholars in the Boettcher community.

“Becoming a Boettcher Scholar has been the greatest honor of my senior year,” he said.  “I truly believe that becoming a member of the Boettcher community shows that the quality and type of education that Pueblo has to offer is not something to be overlooked. More, I hope that Pueblo continues to have students who rise to the challenge of bettering their community, because hard work and dedication do not go unnoticed.

“There is a lot to fix in our city and as students, we are the future of Pueblo.”

William credits his ascent to the top of the Colorado high school senior pyramid to a village’s worth of work: a village he plans to return to, degree in hand, to continue the betterment work.

“The support received from the district and my school has made the entire Boettcher process incredibly easy, and I cannot wait to use this full-ride scholarship to make a difference in my community,” he said. “I hope that the value of individuality and determination is not overlooked by anyone. The world is in dire need of fresh ideas and new perspectives, and I hope that students everywhere understand that what makes them unique is the same characteristic that may change the world.

“Being named a Boettcher Scholar has unlocked so many doors for me that I didn't even know existed, and I promise to use the resources given to me to make Colorado a better place.”