ALUMNI ROLL CALL: TIENDAS EAGER TO GIVE BACK TO PUEBLO

While a student in District 60, Paul Tienda discovered an affinity for working with numbers under the tutelage of supportive math instructors.

At East High School, Yvonne Tienda found a similar educational patron who encouraged her, despite a shy streak, to expand her social horizons.

Although neither knew it at the time, this compassionate nurturing would play a significant role in shaping the couple’s future.

“It was my relationship with my math teachers that kept me focused and looking ahead to the future,” Paul said. “One of my math teachers at Freed Middle School, Mr. Consonero, was really the first teacher in my life that made a connection with me and made me feel that I had some special ability.

“At Centennial, my math teachers Mrs. Savage and Mr. Pettit, continued to bolster my confidence and instill in me that when it came to numbers and understanding math, I had a special ability. And so that’s how the seed was planted that I could do something with it. ”

After graduating from Centennial, Paul went on to what is now Colorado State University Pueblo, where he pursued and earned a Bachelor’s degree in Management (computers and information processing).

“It was after high school that the light went on as to what kind of career I was going to pursue,” he explained. “And most of my planning, development and career aspirations really took place after completing my first two years at CSU Pueblo..

“And it was me drawing back to those special teachers who told me that if I applied myself, if I worked hard and so forth, that good things would happen because I had a talent in math. And if you look at my resume, finance has driven everything in my career.”

In 1995, he founded AIMM Properties, a real estate investment and property management company that grew from managing residential real estate assets in Colorado and Texas to overseeing diversified commercial assets and investment partnerships across 43 states.

Twenty-five years, and untold successes later, he retired as President and CEO of AIMM Properties.

Yvonne was similarly positively impacted during her time in the District.

“At East, I had a really great teacher, Mr. Leroy Neal, who taught American History,” she said. “I was kind of a shy kid but he sent me to apply for a program called Peer Counseling. I really didn’t want to go, because I was afraid and didn’t like talking to people very much.

“But I followed through and became a peer counselor. And that changed my life. I wouldn’t have been able to accomplish the things I’ve managed to accomplish without a teacher who cared enough to send me to do something he probably knew I didn’t want to do in the first place.”

While attending college in Pueblo, Yvonne first met the man who would become her future husband. Like Paul, Yvonne was brought up in a household where serving God, getting an education, hard work, service to others and commitment to family were stressed as paramount.

The bonds between the two were immediately evident. 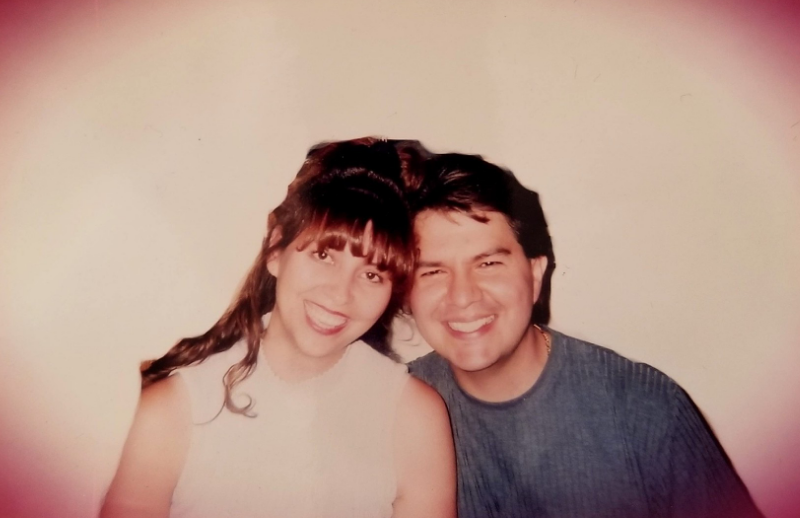 She started her pharmacy career in Pueblo and continued it in Castle Rock. During her successful and adventurous 20-year pharmacy career, Yvonne worked in more than 50 different retail pharmacies.

Upon retiring from a pharmacy, Yvonne transitioned to working with her husband's business for the past three years as a Vice President for AIMM Properties.  With Paul, she retired in 2021.

Throughout their lives together, the Tiendas shared a deep passion for education, health, community development and service to others. It was this desire to give of themselves for the benefit of others, especially young people, that led to the establishment of The Tienda Foundation.

It’s this Foundation that will further the couple’s vision of developing students into effective leaders and professionals who can go on to build safer, healthier and more sustainable communities.

“Ensuring that students are being provided the tools, hands-on experience, mentors and financial resources essential to their success is very important to us,” Paul said. “Additionally, students need to be given the opportunity to acquire and apply innovative leadership skills to ‘real world problems.’

“Practical experience through apprenticeships will maximize their career opportunities and help them to lead the next generation in being proactive agents of transformative and positive change in their communities.”

With an enduring love of their hometown, and a strong belief in public education as offered by District 60, the Tiendas have chosen Pueblo and its young men and women as beneficiaries of their altruism.

“At this point in our lives, it’s about expressing appreciation to all those people back in Pueblo, who, along the way, cared for, encouraged and nurtured us,” Paul said. “It goes full circle, and now we want to inspire young kids and make sure they have the same opportunities we had growing up, if not better.”

Those opportunities, the Tiendas firmly believe, are best provided through a Pueblo high school apprenticeship program and the expansion of concurrent higher education enrollment options.

Toward that end, Paul reached out to Dr. Timothy Mottet, Todd Kelly and Fred Galves at Colorado State University Pueblo with a proposal to expand concurrent enrollment opportunities for Pueblo high school students to attend the university, while stressing the importance of paid apprenticeships.

“The way we see it, if we want more kids to attend the university, and for this university to be here 100 years from now, then there has to be support for public education,” Paul continued. “That’s where it begins.”

University officials concurred and agreed to partner with the Tienda Foundation and local school districts in fulfilling this vision and mission.

The core of the apprenticeship model is the Foundation’s collaboration with CareerWise Colorado, which touts multi-year apprenticeships in 30 different occupations. Participants split their time between the traditional high school classroom and the workplace, earning a wage while receiving hands-on work experience that complements classroom learning.

To kickstart the program locally, the Foundation agreed to fund the first 10 apprenticeship positions – including those with an interest in education as a career – which have been filled by high school students currently working within the Pueblo school districts and CSU Pueblo.  The Tienda Foundation has committed $2 million dollars of continuing support for high school students in Pueblo and the surrounding area.

On August 23, plans call for the apprenticeship program to be rolled out  to the business community with The Pueblo Chamber, CSU Pueblo,  The Latino Chamber,  and The Pueblo West Chamber tasked with promoting and facilitating that important launch.

That rollout will be followed by the posting of open apprenticeship positions within partnering businesses, with the next hiring cycle to begin in November 2022.

With an interest in bolstering the local health care system as well as public education, the Tiendas have been in discussions with Parkview Medical Center and other medical providers about creating apprenticeship opportunities within health care.

“And not just nursing,” Paul said. “We’re looking at other positions within health care, such as accounting, human resources and information technology. When you look at the opportunities available through CareerWise Colorado, it’s about those positions that have the highest demand for workers now and over the next 10 years.”

Yvonne said that an investment in a child early on in life has the potential to pay incredible dividends.

“I believe you’re going to get a better person at the end of it,” she said. “Coming through District 60 myself, I thought I received a very good education and was well prepared to go to university. I felt my teachers had invested in me and taught me the things I needed to know. And I’m very grateful for that.

“I think our Foundation can reach kids early and help get them on the right path. You’re more likely to be successful and enjoy your life if you get on the right path we want to help put in place.”

Added Paul, “We want to make everyone aware that the future of our city and state requires us to do everything we possibly can to advocate and support people that work as teachers and educational administrators, and people that work in health care.  They are our heroes!“