East Senior Isaac Quintana Alvarez, A Star in the Ring and in the Classroom

Since the age of 5, Isaac Quintana Alvarez has been surrounded by the sport of boxing. 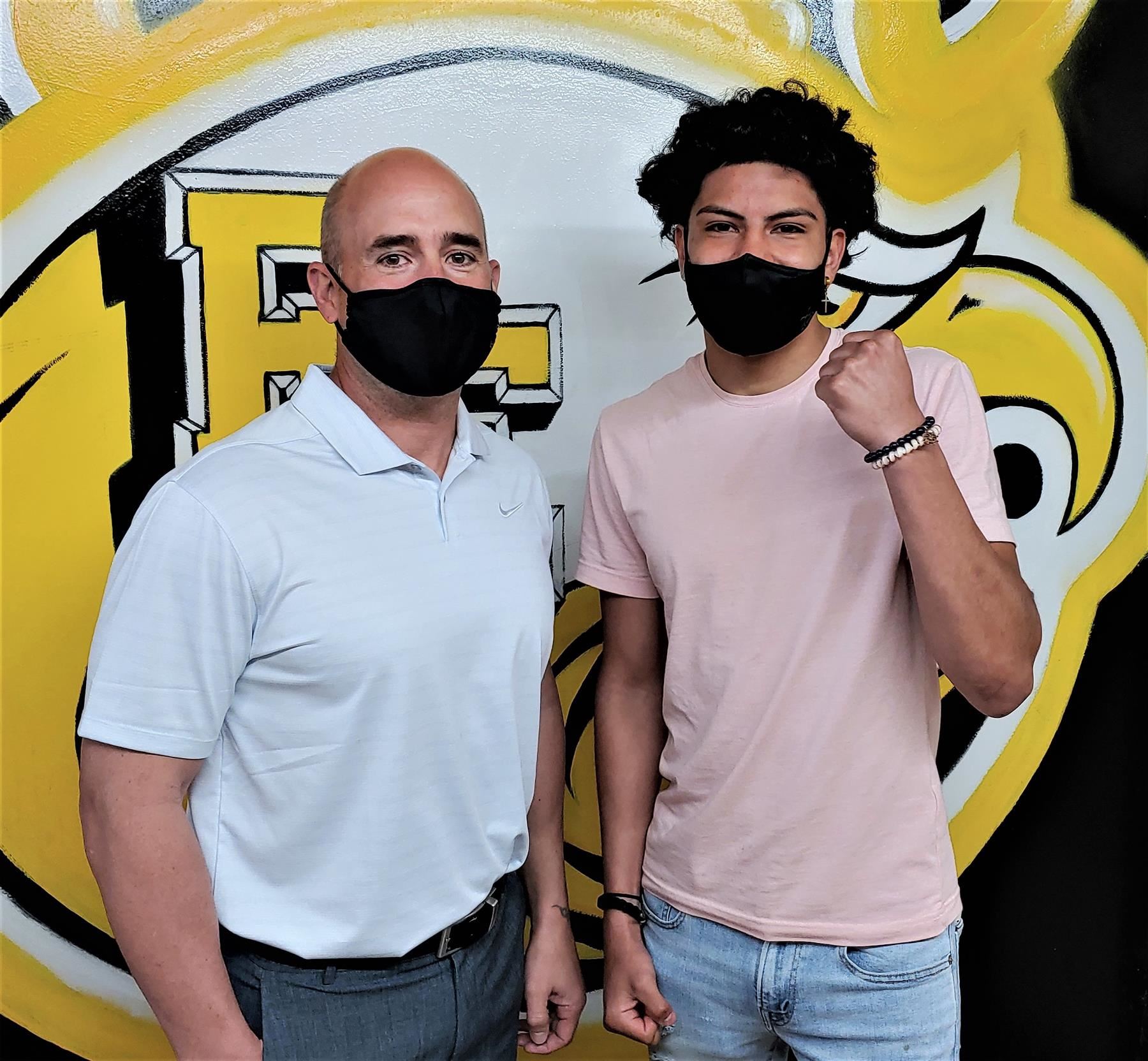 And since entering East High School as a freshman, he has been immersed in the AVID curriculum, which is designed to help underachieving students with high academic potential prepare for life beyond high school.

In both arenas, the Eagle senior is flying to the pinnacle.

Isaac recently returned from Shreveport, Louisiana, where he competed in the USA Boxing Championships. There, in the 152-pound division, he lost a close decision to Quincy Williams, the top-ranked amateur boxer in the country.

Already a heavily decorated amateur competitor, Isaac returned to Pueblo with a Number 3 national ranking and high hopes for the future as either a 2024 Olympic team member or a professional fighter. He currently is weighing the options with his family.

“I grew up with boxing, watching my older cousins,” Isaac said. “All of my Mom’s side of the family are boxers, so anywhere we’d go, there would be boxing gloves involved. Growing up, I was the youngest, boxing my cousins, who taught me how to defend myself.”

The sport came naturally to the young Isaac, who quickly demonstrated the traits that define a ring standout. After latching up with Coach Gil Trujillo, Isaac was encouraged to become a competitive fighter.

“He told me I had potential,” Isaac said of Coach Trujillo. “From the start, they told me I was a power puncher. They don’t know how I did it: they said it was God’s gift.”

The latest trip to Shreveport was Isaac’s third.

As a sophomore, he garnered a third-place finish. The following year, a broken hand prevented Isaac from advancing in the competition.

And despite falling just short in the championship match, Isaac said he is proud to represent East High School and Pueblo on the national stage.

At East, Isaac has displayed similar championship qualities in Joe Terry’s AVID classroom. The lessons learned inside the ring have translated to the classroom, and vice versa.

Isaac has been in Mr. Terry’s AVID classroom since his freshman year.

“We teach them what life is going to be like outside of high school,” Mr. Terry said. “We talk about college, careers, and how to be productive members of society.”

Isaac, Mr. Terry said, has committed the time and effort to excel in the AVID coursework.

“As a result of boxing, Isaac realizes that if he wants to experience any success in life, he has to work hard. He’s got to be resilient and determined.”

Mr. Terry, Isaac said, has made a significant contribution to his life.

“He’s done a lot for me,” Isaac said. “I can say he’s my favorite teacher, and I want to thank him, because he’s showed me a lot that I didn’t know about life beyond high school.

Boxing, together with a strong upbringing, has allowed Isaac to develop into a humble, soft-spoken and polite young man.

Currently, Isaac is training with Pueblo professional boxer Anthony Soto as he prepares for his future. Isaac also has a passion for cutting hair, so whether life takes him into the ring or a barber’s shop, thanks to Mr. Terry and East’s AVID curriculum, he will be ready.

“We have one of the best amateur boxers in the country right here in our own backyard,” Mr. Terry said. “Isaac is a true champion.”